Oplux with TRC distel hitch: how many top wraps do you use for tether or linemans?

I originally did what I think is called 4 over 1.

It is shown here exactly to let you judge whether you call this 5 over 1 or 4 over 1 (depends upon whether you count the first wrap that goes diagonal or not, I guess). 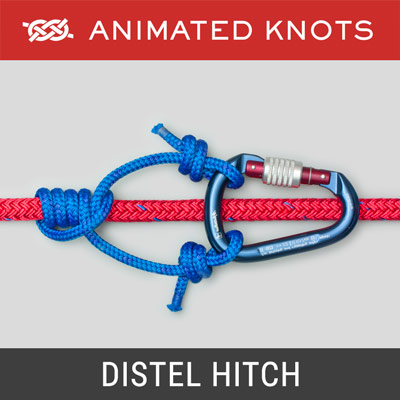 Slide and grip knot used to ascend a climbing rope.

It didn't slip at ground level (that I noticed), but first time in a tree it slowly started to slide. So, I put on my linemans and added another wrap in the woods and it held. I did the same later to my linemans because I can some times be a fool for consistency.

Now that I've hunted all season with this, it really grabs to the point where it is hard to tend.

After the rope and knot are "worked in", what has everyone using this popular combo settled on? I weight 180 lbs, so my weight in the saddle is probably around 190 lbs with clothing and gear.

I'll probably remove a wrap and try it again after season, but I don't want any surprises. I would rather have it grab a little too much than be marginal.

I had same problem switched to michiocan hold tight tends easy. I am 260#.

Old squirrel said:
I had same problem switched to michiocan hold tight tends easy. I am 260#.
Click to expand...

thanks seems similar up top

how many wraps do you use?
O

Had the same problem. Every time I tether in I make sure to dress the knot and then it's good to go.

hokiehunter373 said:
Had the same problem. Every time I tether in I make sure to dress the knot and then it's good to go.
Click to expand...