Killed this guy on my home 15 acres. With only 15 acres it takes some luck but I got lucky and had the right doe come out to eat on my powerline plot.

I had a small doe we call Betsy come out to feed way down the lines with her twin button bucks. I keep a buffer of high weeds to screen the road and it works as she was feeding within 30 yards of the gravel road.

I live next to a shady neighborhood and right before the “right doe” came out a white Mercedes pulled out on the gravel road that is my north property line and stop, back up and then get out. I’m watching through binos as it appears like some kind of drug deal or something when I hear a deer walking across the power lines. Look up and see antlers (I’m done watching car). He disappears behind large holly tree and the doe pops out on other side and steps out into plot and then locks up watching what’s going on out on the road (she can see the road because of the terrain). 10 minutes later she finally gives the all good tail wag and I’m in business. Just when I’m starting to think he snuck off back deep in the woods he finally takes some steps. All in all about two minutes after she relaxed he finally came around the holly tree. 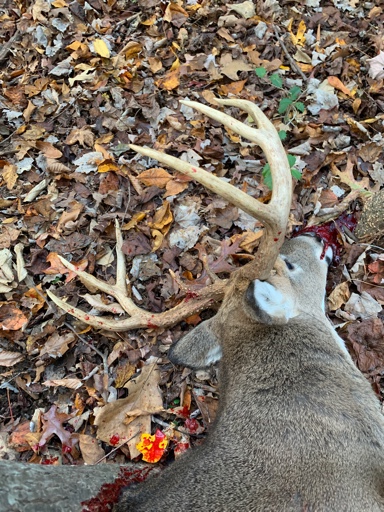 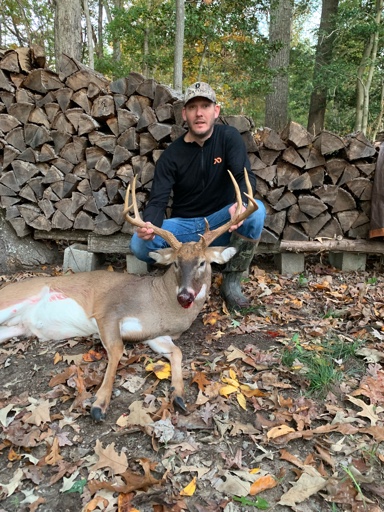 So after the shot I’m slow rolling trying not to get down too quick even though I heard him crash when I look down the power lines to notice a county deputy slow rolling down the gravel road. Not sure what was going down but it was definitely sketchy!

Congratulations on a really nice buck

Congrats on a great buck

wow tough hunt with all that going on. Great deer
D

Great bucks - sure seems like some suburbs back east are allowing bucks to grow old - been seeing some phenomenal deer killed in these urban areas. Congrats on a great buck.

Awesome buck! Congrats! Hope the sheriff got everything taken care of on the neighbors lol.

Got him back from the taxidermist this weekend.

Nice bucks! What's the story behind the bobcat? Did you call it in or trap it? Its the only furbearer in my area I haven't caught yet as the numbers are very low and we have a super limited season.
You must log in or register to reply here.
Share:
Facebook Twitter Reddit Pinterest Tumblr WhatsApp Email Link
Top